Mr. Ryan J Williams first began composing music as a freshman in high school in Mechanicsburg, PA. Following this passion for more than 20 years, Williams has written many works for a variety of forces, both large and small, with a notable focus being on the wind band.

To flesh out his craft, Williams attended West Chester University where he earned his Master of Music Theory and Composition in 2014 and his Bachelor of Music in 2003. Throughout his study, Williams has worked with Robert Maggio, Adam Silverman, Andrew Yozviak, Armando Bayolo, Marc Sabat, John Fitz Rogers, and David Garner. Currently, Williams receives commissions for all levels of music, ranging from beginning students and middle school band to professional musicians. His works have been performed across the Eastern United States and have been described as “a cut above the rest” and “sophisticated” by American composer Mark Camphouse. His portfolio can be previewed and works can be purchased at www.RyanJWilliams.net.

In addition to composition, Williams is a performer and technician. After five years performing with DCA and DCI drum & bugle corps, he enlisted into the Army Reserve where he served as an instrumentalist, arranger, and composer for 14 years. Since earning a Bachelor of Science in Music Education from York College in 2005, Williams has worked with dozens of competitive and non-competitive high school bands, college bands, and drum corps across the country. Williams has served as a brass instructor for the Hawthorne Caballeros, the 2015 World Champion Reading Buccaneers, The Cadets, and the Boston Crusaders. For 2020 he will join the Blue Stars from LaCrosse, Wisconsin as the Assistant Brass Caption Head. As a writer and designer, he works with the Starriders Drum and Bugle Corps from Bad Münder, Germany. In addition to writing and teaching, Williams is active as an adjudicator, serving marching bands across the country.

Presently, Williams lives in Columbia, SC and attends the University of South Carolina, pursuing his Doctor of Musical Arts degree in Music Composition while struggling to keep a small collection of houseplants alive.

The Whitehouse Wind Symphony is comprised of approximately 50 amateur and professional musicians who perform together regularly to enthusiastic audiences throughout Central and Northern New Jersey.  Founded by Executive and Musical Director Casey Bork in 1996, and now under the direction of James P. Sheeley, Jr., the Whitehouse Wind Symphony has grown rapidly, attracting experienced musicians as regular members from all over New Jersey, as well as New York City and Eastern Pennsylvania. The group holds weekly rehearsals on Tuesday evenings at the Parish Hall of St. John's Episcopal Church in Somerville, NJ.  We are actively recruiting personnel for the 2013-14 season for the following instruments: Flute, Clarinet, Oboe, Horn, Trumpet, and Percussion.

CWJ Music House is proud to be a contributor to this organization.  We work closely with the director and board to ensure that their literature needs are met with care. 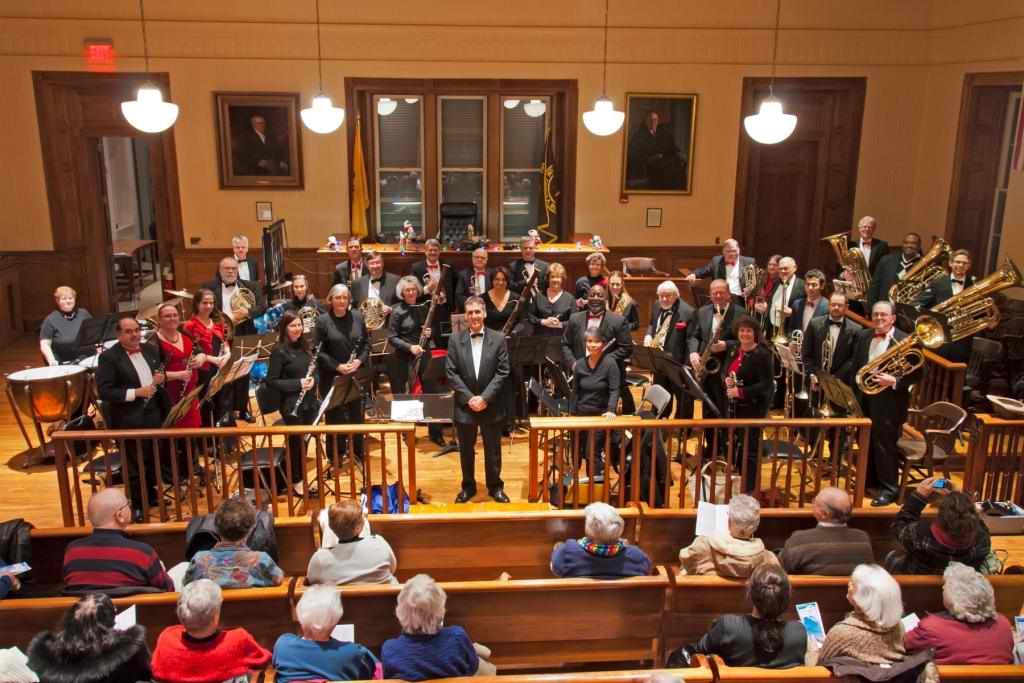 The Whitehouse Wind Symphony with conductor James Sheeley at the historic Hunterdon County Courthouse in Flemington, NJ. The WWS is the only concert band known to have performed at the Courthouse in its 185 year history.