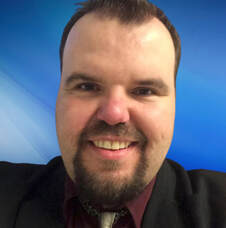 Anthony June is a music educator, performer, and composer currently residing in Malvern, PA.  He has taught music at both the private and professional levels throughout Delaware, Montgomery, and Chester counties since age 17.  He is currently the High School Divisional Instrumental and Vocal Performing Arts Director at Avon Grove Charter School in West Grove, PA.  Additionally at AGCS, he teaches Music Theory, Appreciation, Guitar, and Piano while also serving as Music Director for the Spring Musicals and Chapter Advisor for the Tri-M Music Honor Society.  Tony graduated from West Chester University with a Bachelor of Music and also did post-graduate work in Education at Immaculata University.  During his time at WCU he studied composition with Dr. Robert Maggio.

Professionally, he co-founded the Sound of Delco Instrumental Ensemble and has performed with the Chester County Concert Band, Pennsylvania Symphonic Winds, West Chester Swing Kings, Big G and the Kool Kats, the George Whittam Orchestra, and has been a featured trumpet player for the Gilbert & Sullivan Society of Chester County as well as Taps performances throughout Chester and Delaware counties.    Nothing brings Tony more pride and emotion than to perform the 24 notes of Taps for veterans and their families to show appreciation for their immeasurable service and sacrifice. He has also performed with the award-winning Reading Buccaneers Drum and Bugle Corps.

​Tony is excited to join the CWJ Music House with his first publication, and hopes to contribute many more educationally enriching compositions to the impressive company catalog.